DEAR GOD IN HEAVEN!  I picked the wrong effing year to give up drinking for Lent. Please wave your hand and make two bottles of Fume Blanc appear on my doorstep. And I’ll give up television instead, okay?

PS And throw in a few loaves and fishes.

Of course I knew who you were, but you did not know me.  I was just a young writer crying in the Amtrak waiting room at Penn Station, rejected by her agent, watching the melting snow stain my suede boots.

You did not have my problems. You were published. You were famous. You had spats.

I had just been told, after toiling over a novel for two years, a manuscript my agent had approved chapter by chapter, that she didn’t like what she had “approved”. That my first novel should really have a character closer to my own persona.

Write what you know? Please. How cliche. How trite. How asinine that I took the Acela, thinking we’d be celebrating with champagne.

But the Acela is what led me to you, Tom Wolfe. Who sat near me in the station and offered me a kind smile.

I didn’t speak, didn’t dare ask you for advice through my tears. I feared the way my day was going, you would say something even more banal, like “show, don’t tell!”

The White Suit, however, was the ultimate show.

Because on the train home, my heartbreak turned to fury.  “I hate her” turned into “I’ll show her.” I came up with a new plot based on my own flaws and secrets.  I wrote it in a fever. It nabbed me a new agent who sold it in an auction in ten days.

Because I was smiled on by angel. An angel in a white suit.

Woman in a Black Suit

Your measly mustards. Your winking chutney. What am I supposed to do with you?

When the kids were little, I could swing the heavy door confidently and always find the makings for pancakes, an omelette,

Now things go in you to die.

When I open you, you belch back at me like a frat boy with your ketchup and hot sauce and beer, and your hopeful canister of protein powder.

Kely  (how they spell my name at Starbucks)

Do you wonder if I am a writer, based on all the books you carry to my door?  Or a dancer, because of the bright lululemon boxes?

Do you wonder why I spritz on perfume when I see you walking down my driveway?

What I hear next, after the metallic click of your weapon, is always the sound of my voice. Not screaming, not begging. But talking you out of it.

Because I write fiction, you see.

And a fictive world, misterpresident and misterlawmaker, is the only place in the world where victims can say something to stop their shooters.

I see you everywhere, taped up, red-faced, contorted, pounded, gritted.  There are gentler ways to move ancient joints.  There are kinder paths to heart health.

For every hero who leaps into cold water, I know there is another waiting at the shore.

With a blanket, a cup of soup, a checkbook.

The Other Mom you ran into in the yogurt aisle 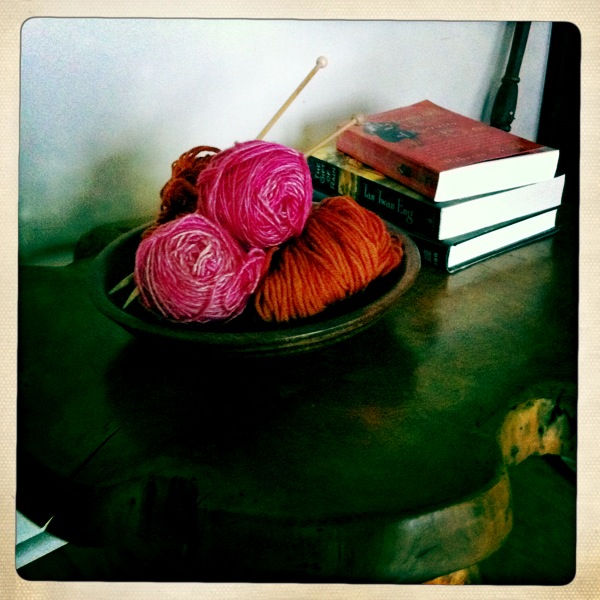 It was dawn, and I was alone. Alone until you were there, suddenly, at my shoulder.

You passed by me so close, I saw your shadow. I smelled your soap. You were simply walking between the pumps after paying inside, and I know you saw me flinch.  A suburban, cocooned, white flinch.

I know you did.

You smiled and said, “Guess we’re the only fools out at this hour.”

I took a bag of trash out of my car.

“Time to clean up? I need to do that, too,” you said, still smiling.

“I needed to do it about a month ago,” I confessed.

This is what it’s like, I thought. You felt a need to represent.  To change perceptions.  To keep me from flinching again.

We wished each other a happy new year.

And you drove away, in your shiny new black Lexus, leaving me there in my dirty white used Acura.

You. Yes, you. You with the boundless energy. Enough to run a business and an organization, and still coach your sons’ soccer team. Always smiling, always cajoling, the customers loved you, trusted you. Who wouldn’t?

You hired people on instinct, you said, not on experience, not on age.

What did you see in me at age 15? Energy, intelligence? Or did you see in me the shyness, the uncertainty, that would make me freeze in confusion when you rubbed up against me in the dark back stairway? Turning a tight corner into a do-si-do that always ended in a rough full frontal “hug” up against the damp wall, a move I had no vocabulary word for.

Are you thinking of me now as you watch the news?

I remember your name.

But somehow I doubt you remember anything about me but my body.

There’s a reason you only compete every four years.

Because it takes time to train, to learn and re-learn, to fall, get up, and try again. Many of you have been at this since you were children. Back when it was play, when it was just fun to make the shapes, to feel the wind, to dream the dream.

It’s taken most of you ten years or more to get where you are today.

She didn’t like hearing that. Because she just wants to fly, and doesn’t want to fall.

But you know what I know – you need the muscle-memory of plummeting to appreciate the soaring beauty of rising up.