As always, there is gold in a letter or note.

Let us shine this year.  Never alone, but in a field of lights that support and don’t judge and don’t compete for space that is infinite. Let us create not a perfect circle, manufactured and measured, but one that is singular, gauzy at the edges and lopsided, built from childlike inspiration. Let us flare with laughter, let us streak through the sky with original gestures. Let us glow with all of who we are.  Let us be seen and enjoyed and remarked upon. Let us not burn out. 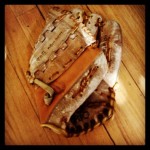 Dear Oncology Specialist,
You blink at me when I ask about my throwing arm.

YOU see a middle-aged patient who is apparently ungrateful for her minimal scars and clear margins and get-out-of-chemo-free card.  ME? I know yoga and dance can be modified. I can already reach to some degree, support some weight. The handstands and backbends, I think, will come back eventually.

But in my bones, I am a pitcher.  I am an outfielder.   We won the city league championships in the 10-12 division.   I met my husband playing softball.  I taught my daughters how to burn one in. And it’s not just baseball. I can throw a football in a perfect spiral! Do you know any woman my age who can do that who is not named Madonna?

Please don’t tell me there is no data on that.  Tell me to give it time. Tell me I can start with paper airplanes, and I will. Tell me that.

A League of Her Own In Her Own Imagination 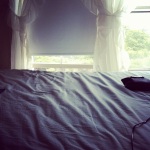 You’ve chosen your playlist from slow popular songs that don’t have lyrics like “ho” and “bitches”. Songs that don’t offend, songs you could play for your grandmother.

So you play them.You play them forgetting that people around you are stricken, frightened, ill, facing demise.

And they don’t want to think about only having 100 years to live. They want more years. A thousand perhaps.

If you want to offer consolation and hope, maybe it’s best to avoid songs played during the sad parts of Grey’s Anatomy.

P.S. Also please avoid any discussion of being in the arms of an angel. 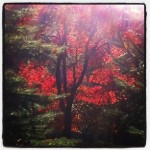 I see that girl on your campus, illuminated by the dappled colors of the stained glass window, her eyes full of wonder at the stacks of books, the green reading lamps, the long gleaming desks.  She is there with us on our tour, the girl just like me, who had never seen such architecture, such perfectly placed trees, such peace.

Choose the girl you would have rejected long ago, the bright-but-lost one, the one drowning in a huge urban school with bathrooms so dangerous she does not dare enter them.

Choose the girl who got As on all her papers but who skipped her classes, who scored in the 99th percentile in English and the 20th, sigh, in Science.

Choose the diamond in the rough, choose the needle in the haystack.  My fingers are crossed for that girl lingering at the back, with the fraying backpack and the not-right shoes and the crooked bangs and the glasses that are not ironic.

Choose the girl whose numbers don’t add up but whose essay will blow you away.

P.S.  Also, give me a full scholarship.

As another December draws to a close, I look back on another challenging but thrilling year for our little family!

2012 brought many changes to our household even if you don’t count Michael’s new surgically enhanced secretary and my brush with the faux policeman on a girls’ weekend to Vegas, but none of that matters compared to Sarah’s 4.0 average during her first semester at Harvard!  We worried that playing star forward for a d-1 team while running her yoga for children foundation in Benghazi would result in an occasional A-, but not to worry!  She’s still fussing over choosing a major, but her 3-book publishing contract should tide her over until she decides whether her path will be nuclear physics or modern dance. Mom and Dad’s fingers are still crossed that she’ll go to med school despite her pesky tendency to faint whenever she has a paper cut—a trait quite prominent on her father’s side – but, well, nobody’s perfect, as Michael so eloquently reminded his staff when they discovered him in the coat closet with Miss-My-Tits-Get-In-The-Way-Of-My-Typing at their festive holiday party.  Next year, ix-nay on the office mistletoe, Mister!

Our younger daughter is as proud of her older sibling as we are, but she expresses it in such interesting, unique ways!  Back in September, Emma dyed her hair black and organized an artists’ retreat with a fascinating young man she met on the Internet.  This was all easily explained when she was returned to us in handcuffs just before Thanksgiving, clutching a sketchbook and a prescription for Valtrex.  As she expressed so plaintively, sometimes you have to just go out and experience life a bit before you can write a truly moving college essay!  Emma’s college quest continues with a plan to take a gap year to go to Amsterdam and rent a small space along the river, where she can presumably set up an easel and enjoy the “beautiful light” before applying to small liberal arts colleges that don’t require high school transcripts or look askance at genital piercings.

As for moi, in between antique shopping in Europe in April and a spiritual retreat to India in June with Yoga Master Randy– who taught me the true benefits of putting one’s leg behind one’s head—I’ve busied myself with private tango lessons and am pleased to report that perimenopause has not diminished my ability to do the splits!  Once a cheerleader, always a cheerleader, as my personal trainer loves to remind me!

Of course, none in our community was untouched by Hurricane Sandy, but after writing a few rather large checks we were able to wrest a landscaping crew away from their volunteer work long enough to help us win the Garden Club’s Grand Prize for my Autumn annual beds!

And I’ll leave you on that note!

All best for a healthy and prosperous 2013 – and if anyone has a relative who is a college admissions officer, will you please email me separately?–

Dear Person Who Left A Note On My Car,

When I left the hospital after 3 hours,  I was surprised to see the yellow paper on my windshield.  Someone must have fender-bendered me, I thought, and they were kind enough to leave a note.  (I am generally in favor of correspondence.)

Apparently my legally parked, perfectly straight, exactly-within-the-lines-with-room-to-spare- on-all-sides car had somehow inconvenienced the full opening of your passenger door.  But that was not how you worded it.

I had arrived at my vehicle with tears in my eyes, upset by my doctor, my lab results, the failure of my body.  This was not the best moment to be told that I “completely ruined the day of a cancer patient.”  Really, who pulls the cancer card in a patient parking lot?  Aren’t the chances extraordinarily high that everyone in every car is sick, hurting, and crying?  I remembered the last time I was there, having brought my own child for cancer treatment.  Suddenly, I wished I could throw my own tears back at you.  You are not special, I wanted to say. And you are a crummy driver!  Can you not see that in your stress and pain you must have parked your car too close to the yellow line, and not expected anyone to fill the nearby space?

But as I read through the furious note to the crescendo of the last line, my anger left me. It was all so unexpected, and so wrong, that I burst out laughing. Doubled over in fact. Instead of guilt or anger, I felt incredibly cheered.  I wiped away my tears, believing I had found the sentiment for the perfect holiday card. 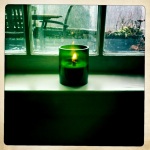 P.S. You misspelled “inconsiderate.”  Please be more careful in the future.  You never know who might be receiving your little missives.

Person Who Cried At Writer’s Meeting,

When you spoke about your manuscript, and your past, and your rage, you could hear a pin drop in the room.

We didn’t know whether to hug you or to look away.

We tried to contain our responses to writing advice, not living advice.  And yet.  I know I wanted to tell you to rest, and to meditate, and surround yourself with people who will not hurt you. (And to always carry Kleenex. What can I say?  I’m a mom. I’m practical.)

Thank you for reminding us all that only the white-hot and fiery can truly fuel the work we do. We all need to tap into our fears, our angers, our passionate obsessions to write whatever we write.

There is no 12-step program for writing. There is just, like everything else, the practice of coming back.

It’s been going on for years, you walking with — your husband? your brother?  your boyfriend?– and me driving with my kids. You are not old, but you walk with a bend, a limp, that is steadied by your companion. Your right arm is always looped through his left. He looks younger than you, because he is sturdier.

We each wave as the other passes; sometimes you smile. I probably don’t.  It’s early, and I’m late.

Once I saw you in a coffee shop and pressed my hand into yours:  “I see you walking every day!  I’m the woman in the blue car!”   I found out your first name and the name of your street.  I was surprised by how far away the street was.  I have forgotten your name.

For a week now, I’ve seen you walking alone.  Your partner, your cohort, your human walking stick, is not there.

And I worry.  I worry that though I thought you were the one who was sick, or crippled by polio, or recovering from something I could see and yet not see, that I was wrong.  That it was him, and you were his rock, not the other way around.

You walk by, still limping.  I wave.  And I don’t roll down the window and ask if everything is all right.  I can’t bring myself to.

Woman In the Blue Car